Samsung Galaxy A30 is Samsung’s newest offering in the mid-range segment, borrowing a lot of its features and specs from it’s bigger brother the Samsung Galaxy A50. Just like its big brother, it has a 6.4-inch 1080p Super AMOLED display, however, the fingerprint sensor here is placed at the back. There is still a 4,000mAh battery here with 15W fast battery charging. However, this uses an Exynos 7885 Octa SoC, has 4GB of RAM with 64GB of storage and boots Android 9.0 Pie out of the box with Samsung’s new One UI.
Samsung Galaxy A30 Design And Display
Samsung Galaxy A30 looks pretty much like the Galaxy A50 from the front thanks to it’s identical 6.4-inch 1080p Super AMOLED display with a notch up top which houses the front-facing camera, also known as Infinity U display.

The display is protected by glass while the back which is made of plastic is occupied by the dual camera setup and a fingerprint sensor. It is also water and dustproof thanks to it being IP68 certified. Colour options available for this device are White, Blue and Black. The Samsung Galaxy A30 has a single SIM and dual SIM model, both of which come with a dedicated MicroSD card slot for storage expansion.

Samsung Galaxy A30 Hardware and Software
Inside the Samsung Galaxy A30 is the Exynos 7885 octa; A Chipset based on the 14nm FinFET process technology with an octa-core processor clocked at 2.2GHz paired with a Mali-G71 GPU. There is either 3GB or 4GB f RAM depending on the configuration you get which comes with 32GB or 64GB of internal storage respectively. Storage can also be expanded via the dedicated MicroSD card slot, up to 512GB. Samsung’s new One UI runs on this device out of the box which is based on the latest version of the Android Operating System – Android 9.0 Pie. 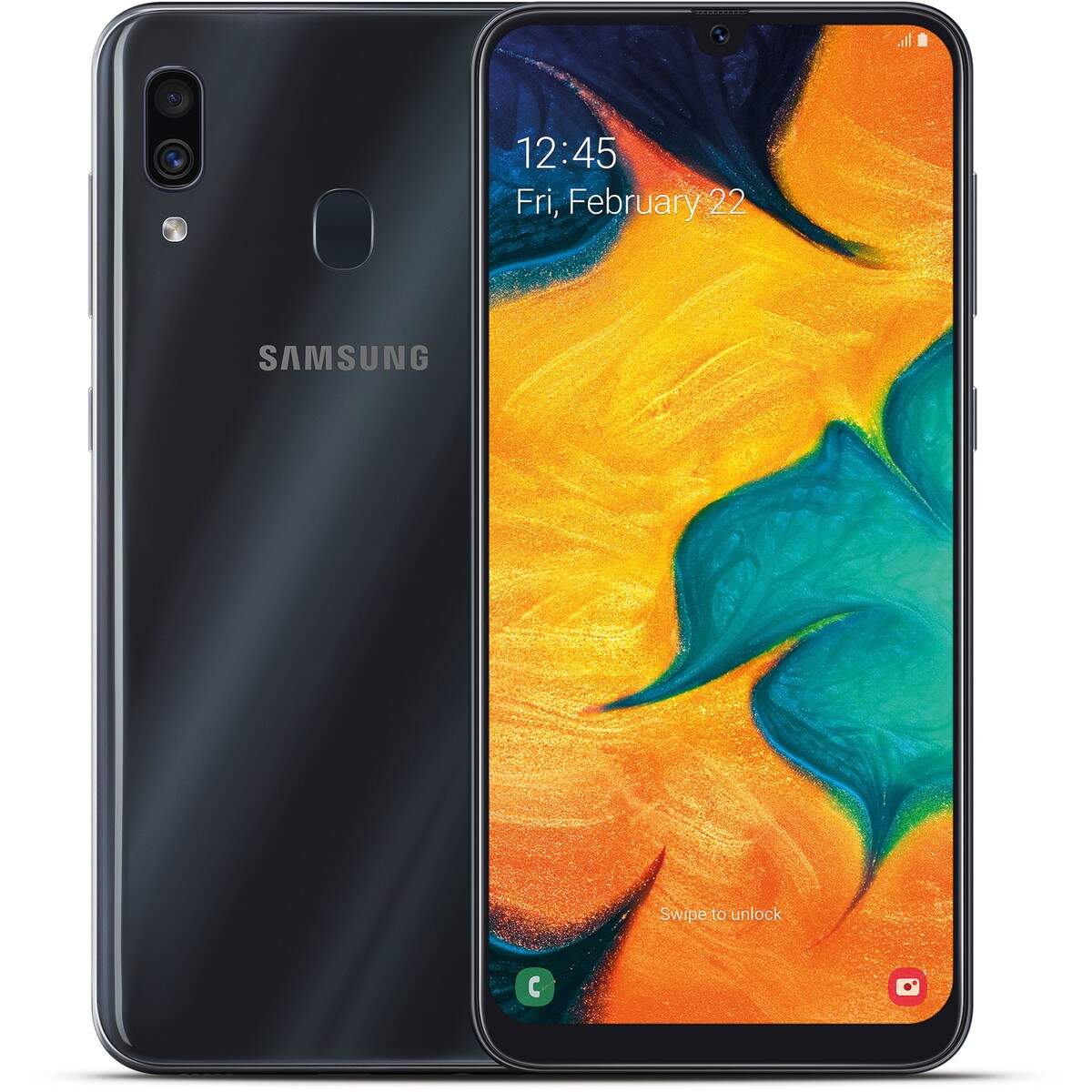