The Samsung Galaxy S7 Edge has a first-ever curved edge 5.5inch screen that delivers real time updates with a single swipe. The body of this black colored smartphone has an IP68 rating, which means it repels spills or splashes, and is resistant to dust. The phone is powered by the Exynos 8890 Octa Core processor and works efficiently with the 3600mAh battery to give your the fastest speed with the most efficient power saving. When you combine this with the Android v6.0 Marshmallow OS, you get a speedy and smooth functionality that seems to go on and on.

As Tough As Nails

The Samsung Galaxy S7 Edge features an IP68 rating. The rating ensures your device is completely protected against dust and water. The phone can be submerged up to 1.5m deep underwater for up to 30 minutes.

The Samsung Galaxy S7 Edge phone’s front panel is dominated by its 5.5inch Super AMOLED capacitive touchscreen. And by dominate, we really mean it; it has a slick screen to body ratio of close to 76.1 percent, which is one of the best in the industry. A display resolution of 1440 x 2560 pixels, along with the 16M color output, makes sure your content comes alive in front of your very eyes.

Capture all your Moments

The Samsung Galaxy S7 Edge camera, which is of 12MP, is equipped with dual pixel technology. It has a fast autofocus for less blur and a btext-centerer F1.7 lens with large 1.4µm pixel sensor for capturing details precisely in low light. It features Auto HDR that helps shoot both pictures and videos in amazing definition. The camera also supports dual video recording in high definition. In addition, this smartphone has a 5MP front facing camera that supports dual video calling and Auto HDR feature.

You can expect a strong performance that is consistent, thanks to the extensive list of Samsung Galaxy S7 Edge specs. First on this list is the Exynos 8890 Octa Core CPU, which delivers a processing performance that is devoid of any lag. It is helped in this effort by the 4GB RAM. To make sure that you do not stop in your tracks, the Samsung Galaxy S7 Edge battery, with a capacity of 3600mAh, provides enough charge to take you through the day comfortably. It supports fast charging capabilities that give you the power to keep going. 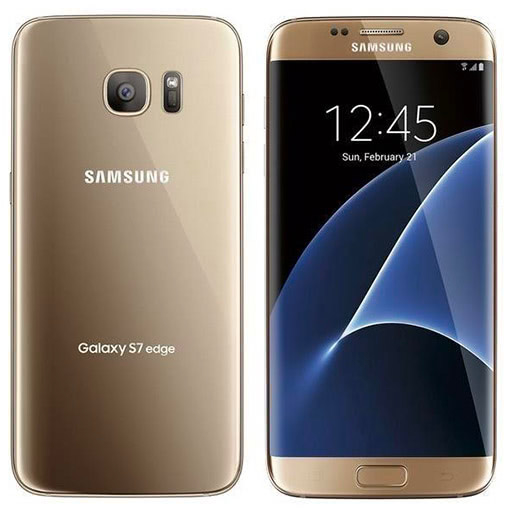